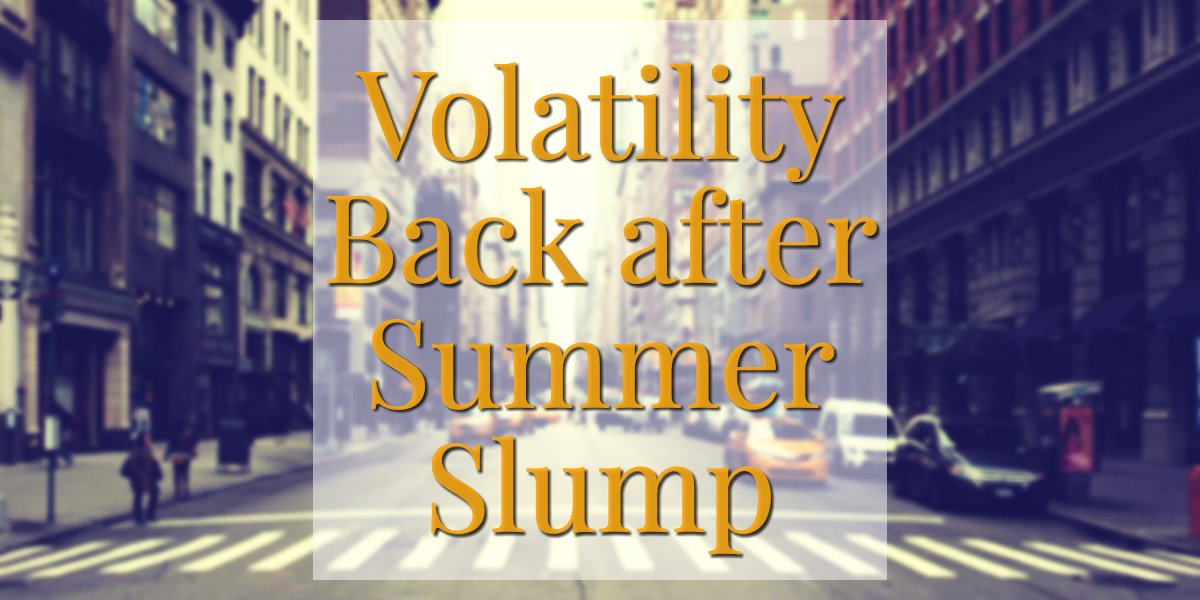 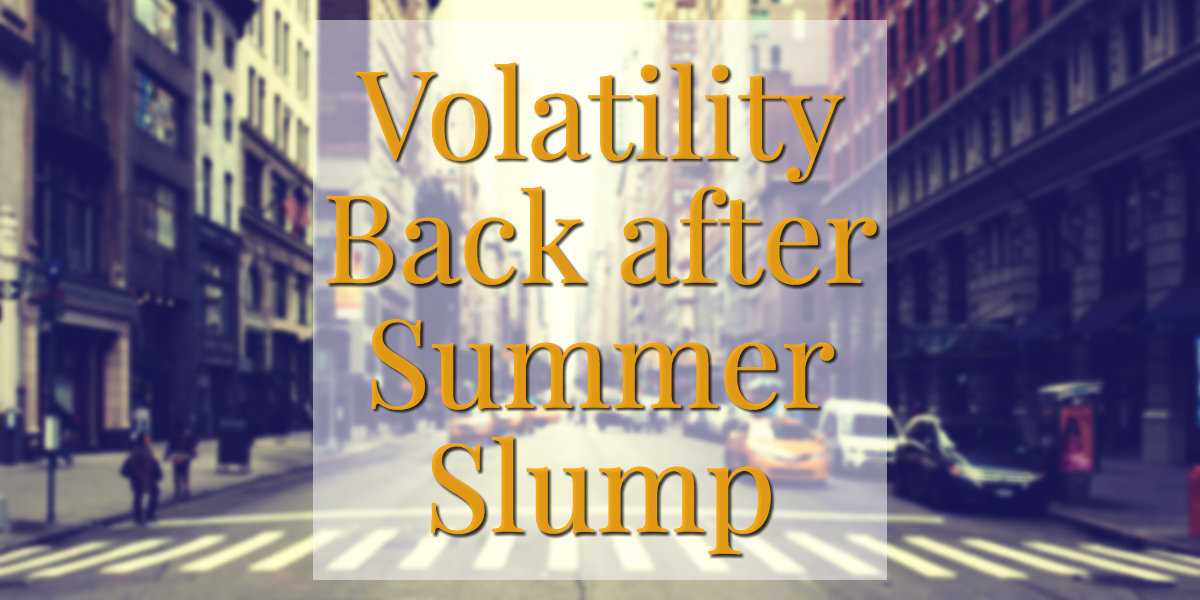 Volatility picked up last week due to pressures from lower oil prices and speculation about the timing of the Federal Reserve’s next rate hike. This summer has been historically calm for markets, leading markets to trade without big intraday gains or losses. However, Friday broke that streak, possibly ushering in a period of greater volatility as uncertainty looms. For the week, the S&P 500 gained 0.53%, the Dow grew 0.21%, the NASDAQ added 2.31%, but the MSCI EAFE dropped 2.49%.

With mixed information and an uncertain political landscape, the market is facing a dilemma. On the one hand, economic data is neither weak nor strong enough to make policymakers’ choice easy on whether they should raise interest rates. On the other hand, the unpredictable nature of the presidential race contributes to market volatility. We’ve discussed throughout the race that it is not the result of the election that cause volatility, but rather the uncertainty leading up to the ultimate vote. All in all, Fed economists have repeatedly stated their intentions to raise rates soon, though no one is certain about the timing of this hike.

The Federal Reserve’s Open Market Committee will meet this week to decide whether or not to raise interest rates for the first time since December 2015. The Fed has a dual mandate: to maximize employment and keep inflation stable. Headline unemployment is below the Fed’s target of 5.0%, but inflation has remained stubbornly below the Fed’s long-run goal of 2.0%.

Fresh inflation data suggests a warmer trend. Two measures of inflation, the Consumer Price Index (CPI) and Personal Consumption Expenditures (PCE) deflator, rose in recent months, indicating that the economy is getting closer to the Fed’s target. While the increase in inflation might give pro-hike Fed economists ammunition at this week’s meeting, many analysts still don’t think the Fed will immediately raise rates.

Markets have been pushing new highs recently, and it wouldn’t surprise us to see a return to a volatile pattern in the days and weeks ahead. Uncertainty around economic growth, the November elections, Federal Reserve activity, and a future British exit from the EU could cause investors to become more cautious in the weeks ahead. We’ll be closely monitoring the overall market climate and will be in touch if we feel any prudent changes to investment strategies are necessary.

As always, we want to be sure to focus on long-term investing especially when there are brief ups and downs in the market. Please reach out to us by leaving a comment, emailing (hello@hzcapital.com) or giving us a call at 419-425-2400 if you have any questions about your portfolio. We’d love to connect with you and chat about how current events impact the market as a whole. Thanks for reading!

Consumer sentiment steady in September. A measure of how Americans feel about the economy and their financial prospects remained unchanged between August and September, suggesting households remain upbeat heading into fall.

Industrial production falls in August. Production in U.S. factories fell 0.4% last month amid a drop in demand for appliances, electronics, and machinery. Cooling demand for big-ticket items could spell trouble this quarter. 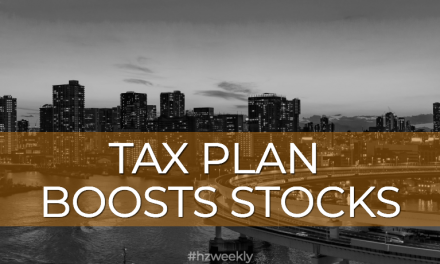