After a two-week losing streak, U.S. indexes ended last week in positive territory across the board. The S&P 500 increased by 0.38%, the Dow was up 0.04%, and the NASDAQ gained 0.83%. The MSCI EAFE, a measure of international developed nations’ performance, increased 0.93%.

Of course, seeing positive weekly results is always good, but right now, the general market sentiment seems unsure about where it stands and where to go from here.

Why did the markets have a sluggish week?

Experts last week described the markets as lazy and docile — and we have to agree. If these five days of trading were made into a movie, it would probably put a lot of people to sleep.

On paper, last week seemed to provide plenty of opportunities for market excitement — from major companies’ earnings releases to the European Central Bank’s latest policy announcement. In reality, however, much of what we saw and heard led to little change and few strong reactions.

While last week’s markets seemed more sluggish than normal, a little break from the excitement can be nice sometimes — especially when coupled with increases across all major U.S. indexes.

This week not only moves us ever closer to Election Day, but it also brings more earnings reports and ends with a key update on Friday: Gross Domestic Product. GDP gives us insight into how the economy is performing and where we stand with inflation.

U.S. Dollar Surges: The U.S Dollar hit a seven-month high, rising 0.37% compared to a group of currencies. Right now, the exchange between the Dollar and Euro is at $1.088.

Microsoft Reaches All-Time High: After releasing an expectations-beating earnings report, Microsoft’s stock prices grew — and on Friday they closed higher than their previous record, set in 1999.

Volatility Lowers: The CBOE Volatility Index (VIX), which measures fear and volatility in the markets, fell to 13.4. 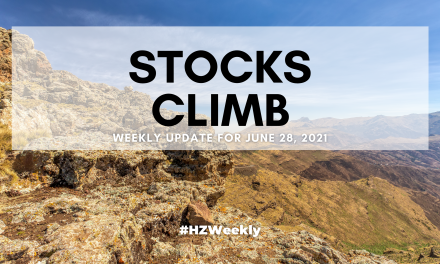