Are Student Loans The Next Bubble?

As graduating students look to build their resume they might want to leave out one accomplishment: most indebted class ever to graduate.  According to National Center for Education Statistics, the average student graduating in 2014 will have $33,000 in student loans.1 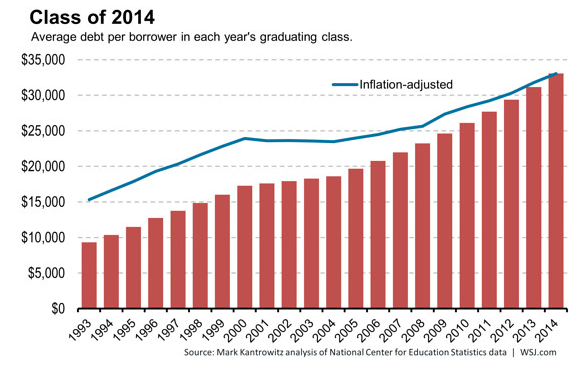 Not only is the average debt rising faster than inflation, the number of students needing to take out loans has risen from less than half in 1994 to just over 70% this year.1 The total debt is closing in on $1 trillion according to Federal Reserve Bank of New York, Bloomberg.2 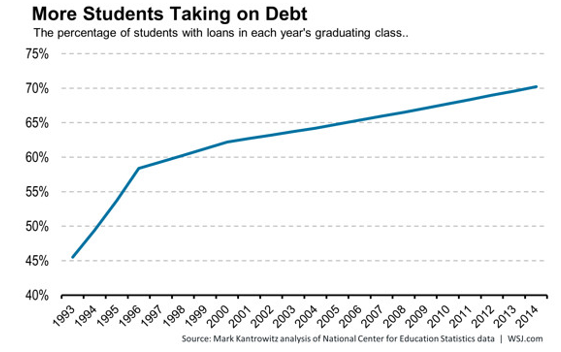 According to the Consumer Financial Protection Bureau, CFPB, more than 7 million borrowers of federal or private student loans were more than 270 days late on payments which puts them in the default category.  This means that from the $1 trillion of federal student loans about $90 billion has been defaulted on.3  Could this lead to a crisis similar to the subprime loan crisis of 2008? Although student loan debt is second in ranking on consumer debt it is dwarfed by mortgage debt.2  This chart should help put the two into perspective when it comes to the impact on our economy. 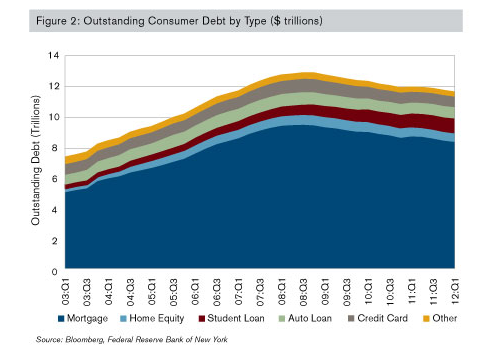 Also, on average 90% of student loans are Federal student loans which are backed by the government.2   Having such a large amount backed by the federal government would reduce the amount of pressure put on the lending industry.  In 2006 leading up to the subprime crisis, 84% of those loans were from private lending companies.4  This means that the smaller size of the student loans and the minority being held privately would keep the student “bubble” from impacting the overall market in the same way that the subprime loans did.

So if there isn’t a risk of repeating the subprime crisis why all the talk about student loans lately?  One of the biggest concerns is the trend of both the student debt and the earnings the students are getting out of college.1   If this trend continues we could see more students in default as well as a drag on the growth of the Gross Domestic Product. 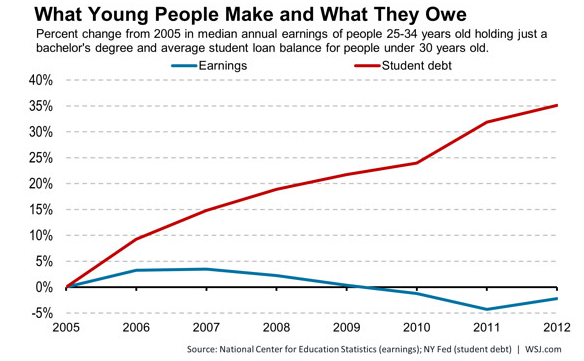 There is some relief, Federal loans can sign up for the “Income Based Plan” or the “Pay As You Earn”.  These plans keep the payments below a certain percent of the income of the borrower and forgives any debt after 25 years (10 years for public service employees).5  Allow qualifying and the annual reporting can be a hassle.

You might be asking; “I have young kids that I hope will attend college one day, what can I do?”

Always seek advice from your financial advisor when making these decisions. 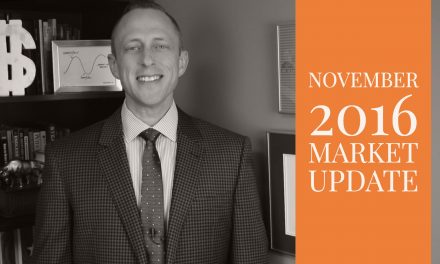 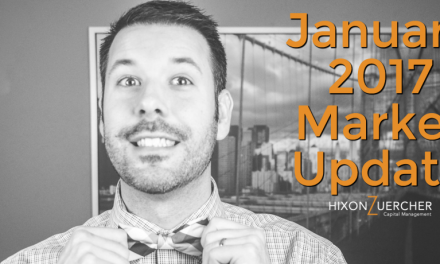