In this final part of my discussion on the DJIA, I want to cover 5 frequently asked questions. (If you missed my first two posts in this series you can view Part 1 here and Part 2 here.)

Charles Dow started the industrial average in 1896 with just 12 stocks. In 1916, the number was raised to 20, and in 1928 to 30. There is no record of an explanation for these expansions, but it’s reasonable to assume they were responses to the growth of the stock market. Several years ago, it was seriously considered raising the number to 50, but in the end decided not to. It wasn’t that they feared tinkering with it. Rather, they failed to find a compelling reason for the increase.

2. Have they considered changing the Dow to market-capitalization weighting?

Yes, but not as seriously as raising the number of stocks. Basically, all index methodologies have strengths and weaknesses. Market-cap indexes, for example, are vulnerable to exaggerating investment fads, such as the dot-com bubble in the late 1990s, because they are influenced by both price run-ups and the issuance of more and more shares. A more intriguing point is that the Dow weighted by market cap would behave virtually the same as the price-weighted version (see chart below). The index values are a little different, but the trends remain the same. 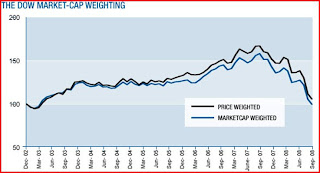 3. Why don’t they refresh the Dow’s components more often, like other indexes do?

They believe strongly that changing component stocks alters the nature of the Dow. An example from 1999, they replaced Chevron, Goodyear Tire, and Union Carbide with Intel, Microsoft, and SBC Communications (now AT&T). This gave the Dow a distinctly different profile. They’re under the guiding principle that investors don’t want their stock market indicator constantly fiddled with. There have been 121 companies in the Dow over the past 112 years. Not counting the original 12, that amounts to less than one change a year, on average.

4. What happened to the original 12 companies in the Dow?

5. Why is the DJIA the most quoted market indicator?

Mainly because it is the oldest market indicator, and was first to be quoted by many publications. Quoting the Dow became habit when Wall Street earned at least a mention in the general news each day, and habit became tradition by the time the post-World War II bull market garnered the nation’s attention. Besides longevity, it is understandable to most people, and it reliably indicates the market’s basic trend. 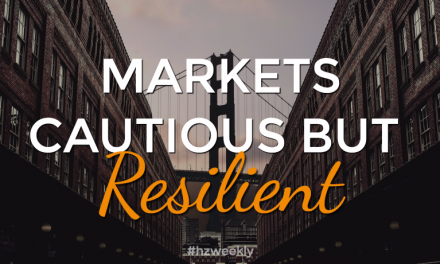