A new presidential era began last Friday with Donald Trump’s inauguration, and the market reaction was far more restrained than its response to his election. For weeks after the presidential election, we saw markets defy expectations and post significant gains. In fact, the Dow grew by over 1,500 points between November 8 and December 12.

In the four days of trading last week, major U.S. indexes continued the sideways performance we’ve seen since December. For the week, the S&P 500 was down 0.15%, the Dow lost 0.29%, and the NASDAQ gave back 0.34%. International stocks in the MSCI EAFE also declined by 0.48%.

Despite these weekly losses, Friday’s market performance marked one milestone not seen since John F. Kennedy’s election: index gains on inauguration day. Nonetheless, we still see a market that has been in a holding pattern for weeks. The S&P 500 has barely moved since the day before the Fed raised rates on December 14. If you analyze this graph of the Dow’s performance, you see a similar scenario – the index grew sharply after the election, but the red box shows performance stalling since December. 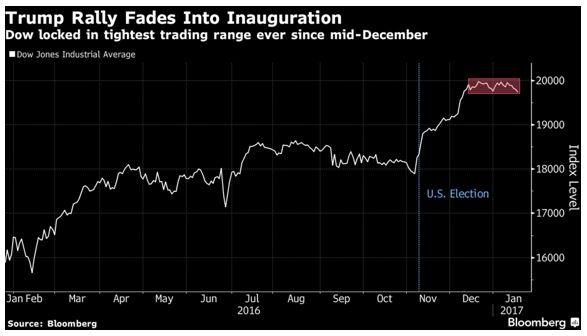 Why has the Trump Bump paused?

The markets are incredibly complex and multifaceted, so one answer cannot fully explain their performance. However, after rallying in anticipation of Trump’s promises for lower taxes, decreased regulation, and increased government spending, investors are now waiting to see which policies will come to fruition. No one knows for sure what policy changes or political developments lay ahead. We must look closely at fundamentals to see beyond the headlines and find a clearer view of where the U.S. economy stands today.

What are the fundamentals telling us?

During the current corporate earnings season, 63 companies have reported their fourth-quarter results so far. Of these companies, 63% beat earnings-per-share estimates and 46% exceeded their sales estimates.

This week, three factors will give us a deeper view of economic performance: 1) fourth-quarter GDP reports, 2) consumer sentiment data, and 3) home sales figures. By analyzing data rather than focusing on hype and predictions, we remain committed to your long-term financial health.

No matter your political perspectives, moments of change can elicit emotional reactions from even the most rational investors. As always, emotions have no place in investing.

Consider this: After President Obama’s election in 2008, the S&P 500 dropped 15.5% by inauguration day, as his transition period coincided with the deepening financial crisis. Investors who allowed emotions to take over at that point and left the markets could have missed the S&P 500’s 12% average annual growth each year Obama was in office.

We believe now is the time to continue focusing on your unique risk tolerance, your long-term goals, and the economic fundamentals, not who is in office.

We will continue to monitor economic and market evolution as it occurs, and we will closely watch the political division that seems to grip our country. In the meantime, we are here to answer any questions you may have and help you find the clarity you need. 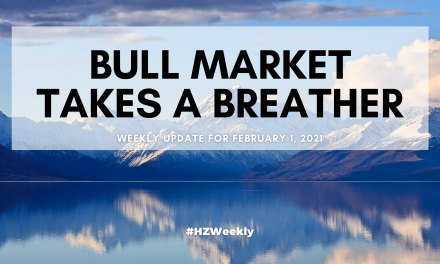 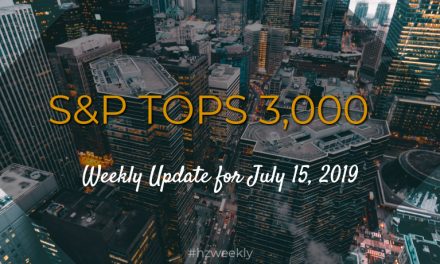 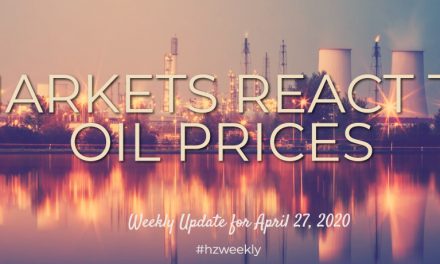 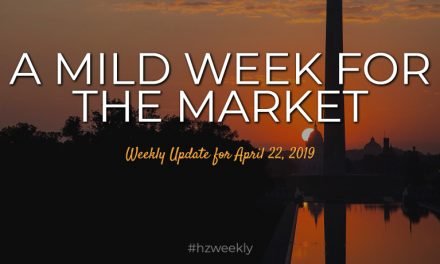