Stock prices ended the week slightly lower, despite news of positive results from a test trial of a COVID-19 drug treatment and several states easing their economic lockdowns.

Light at the End of the Tunnel?

Investors were emboldened last week by two significant developments: a quickening in the pace of state re-openings and positive results from a clinical trial of pandemic treatment. These developments turned investor focus toward economic normalization and away from the economic destruction that has occurred.

Market optimism was also supported by earnings reports early in the week, which showed that some companies were navigating reasonably well through the crisis. But stocks retreated on Friday as traders reacted to mixed earnings from two tech titans. The two firms offered a reminder that even the strongest companies have not escaped the economic impact of the pandemic.

Worries over possible new China trade tariffs also weighed on stocks as the trading week came to a close.

It was a busy week for corporate earnings reports. So far, the earnings season has been mixed; it has provided some clarity, though, about the impact of COVID-19 on businesses.

With 193 of S&P 500 companies reporting, 65% have checked in with results ahead of consensus Wall Street estimates. Among the better-performing sectors to date were Technology and Consumer Staples. Financials were among the laggards.

Despite the continued shutdown of businesses nationwide, stocks staged a powerful rebound in April, leading some to wonder if Wall Street is disconnected from Main Street. But market watchers are quick to point out that Main Street may not be as disconnected as it appears. April’s rally was led by a group of very large companies, with over 75% of stocks in the S&P 500 trading below their 200-day moving average. 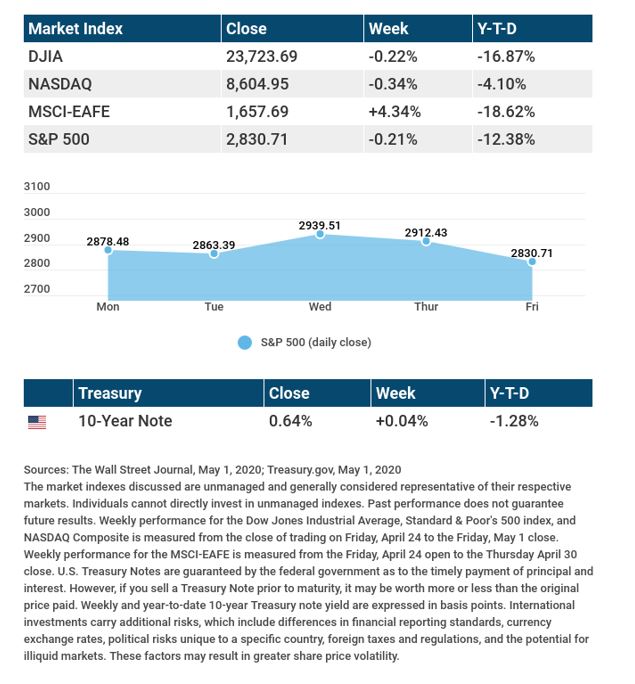 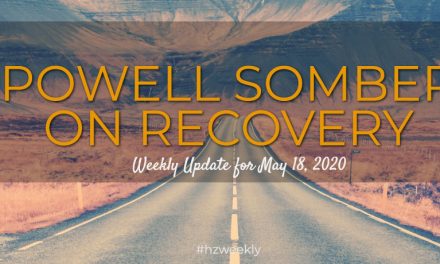