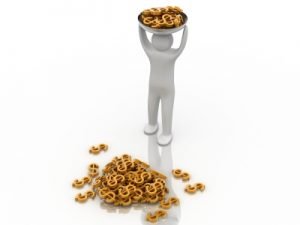 Last week, headlines were largely dominated by the annual economic symposium in Jackson Hole that plays host to some of the world’s most powerful financial players. Though the format of the event is casual, central bankers, academics, and economists use the meeting to discuss important economic issues from the day.[2. http://www.economist.com/blogs/economist-explains/2014/08/economist-explains-12] One key session from this year’s meeting centered on labor market dynamics.

Economic research suggests that the U.S. labor market is not as flexible as it once was and that the fluidity of workers between jobs is falling. According to results presented at Jackson Hole, factors like an aging workforce that is less likely to change jobs, higher training and regulatory requirements to take many positions, and dominant firms driving others out of business, are all contributing to the problem. Why does this fluidity matter?

Part of what makes a labor market strong is the ability for workers to transition between jobs and industries as needs and conditions change. Across industries, researchers found a decline of about 25% in the rate at which jobs were created and eliminated between 1990 and 2013. The implications of this decline could be particularly serious for the young or the less skilled, who may struggle to find jobs or progress in their careers.[3. http://www.reuters.com/article/2014/08/22/us-usa-fed-employment-idUSKBN0GM0WM20140822]

Looking ahead, Russia and Ukraine will be in the spotlight as Russian President Vladimir Putin and Ukraine President Petro Poroshenko are scheduled to meet on Tuesday.[5. http://www.cnbc.com/id/101941201] The S&P 500 is also bumping up against 2,000 points, a key technical milestone. Though we don’t place a lot of faith in technical indicators, investor psychology may come into play, and markets may experience some volatility as investors consider whether further short-term upside is likely.[6. http://www.reuters.com/article/2014/08/23/us-usa-stocks-weekahead-idUSKBN0GM1Z220140823]

Jobless claims fall. Weekly new unemployment claims fell more than expected, dropping below 300,000. While weekly data is volatile, there were no seasonal factors affecting the data, pointing to sustained improvement in the labor market.[7. http://www.cnbc.com/id/101936663]

Housing starts heat up in July. A measure of homebuilding soared 15.7% last month, showing that builders may be feeling confident about their prospects in the coming months. While monthly starts are volatile, the increase could show that the housing market isn’t down for the count yet.[8. http://www.marketwatch.com/story/us-home-construction-heats-up-in-july-2014-08-19] 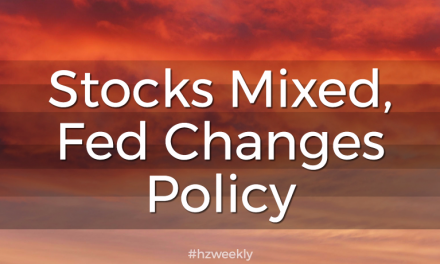 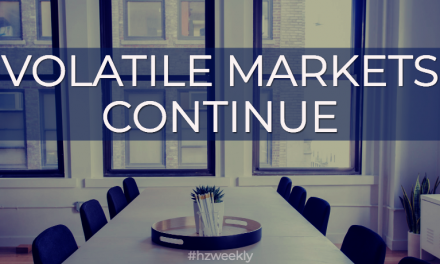