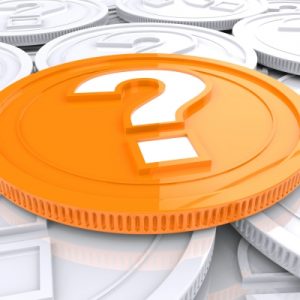 Uncertainty about the Federal Reserve’s decision on interest rates weighed on markets last week, pushing the Dow and the S&P lower. For the week, the S&P 500 lost 0.15%, the Dow fell 0.29%, while the NASDAQ gained 0.10%.

On Thursday, the Federal Reserve voted to hold interest rates steady at near zero for at least another month. Did the Fed choke or are officials just being cautious? It’s hard to say, but we now know that recent global economic events are an official problem for the U.S. Though the Fed economists believe the labor market and other sectors of the U.S. economy are doing well, they cited three factors in their decision to keep rates low:

Investors read the decision as a vote of no confidence in the economy on the part of the Fed and reacted with another selloff. However, much like the run-up to Y2K or the panic surrounding the tapering of quantitative easing, we think that a lot of the recent headlines are simply hyperbole.

The Fed doesn’t feel a lot of pressure to raise interest rates because inflation is still quite tame, and the risk of an overheated economy is low. Right now, the Fed’s main concern is risk management; central bankers don’t want to risk tightening too soon in an environment of slowing global growth. Instead, they’d rather commit to a slow, gradual approach that gives them plenty of wiggle room to adjust to changing conditions.

Relax. A rate hike is coming. Some think it will happen in December while others think the Fed will hold off until early 2016. What’s important is that our domestic economy is looking solid, and the Fed doesn’t want to act hastily. Realistically, we can expect market volatility to continue for the near future as investors price in the uncertainty.

The week ahead will be highlighted by a speech by Fed chair Janet Yellen as well as another report on second-quarter GDP. Analysts will be looking for more clarity about the Fed’s path to higher interest rates. Chinese President Xi Jinping will also be visiting the U.S. and analysts hope that he’ll provide some insight into how China plans to tackle their growth problem.

Housing starts fall more than expected.  Groundbreaking on new houses dropped more than projected in August, though permits for new construction rebounded, pointing to underlying strength in the housing market.

Weekly jobless claims fall to multi-month low. The number of Americans filing new claims for unemployment benefits fell to the lowest level since mid-July, suggesting that the labor market continues to improve, though the data may be volatile due to the Labor Day holiday.

‘New Normal’ Is the Most Overused Phrase of 2009