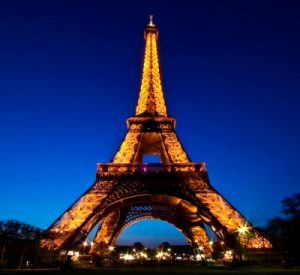 Markets gave up gains last week and closed lower, ending the worst week since mid-August. Nerves about a possible December rate hike and faltering commodity prices contributed to selling pressure.[i]  For the week, the S&P 500 lost 3.63%, the Dow fell 3.71%, and the NASDAQ dropped 4.26%.

A series of coordinated terrorist attacks shook Paris on Friday, leading to at least 129 dead and hundreds wounded.[ii] Our thoughts are with the victims and their families in this terrible time. Coming on top of suicide bomber attacks in Beirut on Thursday and the possible bomb-related downing of a Russian charter flight in October, the attacks have highlighted the global threat posed by ongoing violence in Syria, Iraq, and Afghanistan.[iii]

American officials were quick to announce that no “credible threat” exists against U.S. targets, for which we are thankful.[iv]  As attention turns to analyzing the attacks, experts around the world are already thinking about the financial, economic, and security implications of these new threats.

How will markets react to the attacks?

As always, there is no way to know for sure how single events will affect markets. However, we can take some educated guesses:[v]

Though the deplorable attacks are terrible in their human cost, they likely won’t change the overall market calculus for U.S. investors. We will wait and see what happens this week in European markets and will advise you of any concerns as needed.

Looking ahead, investors will be concerned with economic reports and the upcoming December Federal Reserve Open Market Committee (FOMC) meeting. Minutes from the last FOMC meeting will be released on Wednesday, and analysts will be searching for clues about a potential December interest rate hike.[vi] 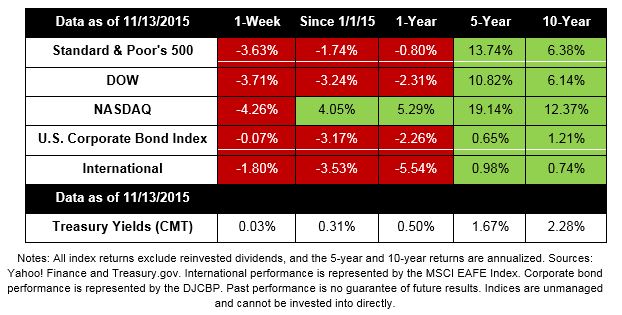 Consumer sentiment rebounds. After losing confidence in September, U.S. consumers regained their optimism in November for the second straight month, mainly on hopes about a strong domestic economy.[x] 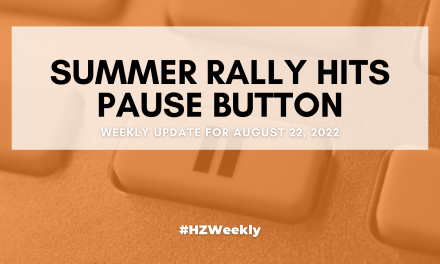 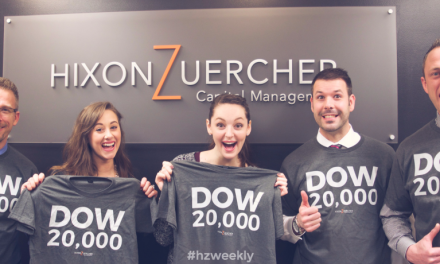