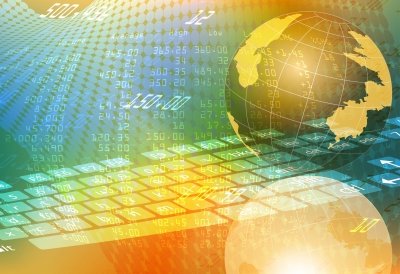 In this week’s update, we wanted to dig deeper into a major economic indicator that drives market analysis and activity: the monthly jobs report. On Friday, investors got a look at January’s jobs report, which showed that the economy gained 151,000 jobs last month.[ii] The gains pushed the headline unemployment rate down to 4.9%, the lowest it has been since February 2008.[iii]

At 4.9% unemployment, the economy is now in the range of what economists call “full employment,” defined as a point at which the economy no longer faces demand-related job scarcity. At full employment, most (not all) job seekers can find and keep the jobs they want and employers can find the workers they need.[iv] This point should represent an ideal state for the labor market and a victory for the Federal Reserve.

While progress is great news, is the economy really at full employment?

One problem with “big picture” indicators is that they leave out a lot of detail and don’t capture the full complexity of the economy. The jobs market has been a riddle for some time; though we’ve seen consistent job creation since 2010, wage gains have been weak and the quality of jobs created is worse than that of previous post-recession periods.[v]

The jobs created after the 2001 recession were well-distributed among lower- and higher-wage industries; in contrast, the recent job recovery has been largely driven by lower-wage industries.[vi] For example, bars, restaurants, and retailers picked up 105,000 new workers last month, while white-collar jobs grew by just 9,000, the smallest gain in over two years.[vii] Another problem is that we have about 6 million people who want jobs and haven’t found them. Another 6 million are working part-time for economic reasons.[viii] Details like these matter to Americans and help explain some of the anxieties that remain about the labor market recovery.

Now – that’s not to say that the labor market hasn’t made significant progress over the last year. Wages increased by 2.5% over the last 12 months, which is consistent with growing demand for workers. Unemployment is down across the board, and job gains continue.

Bottom line: The January jobs report was basically positive, but we’re not ready to believe that the labor market is completely recovered. Though it’s clear structural issues remain, the data also doesn’t indicate that a recession is on the horizon.

This week, Fed Chair Janet Yellen’s testimony before Congress will be the highlight of the economic calendar. Analysts are expecting the House and Senate to grill her over the December rate hike and the Fed’s plans for further interest rate increases this year. Realistically, it’s not likely that Yellen will reveal much beyond the Fed’s intention to carefully weigh data, but it promises to be an interesting Q&A.[ix] 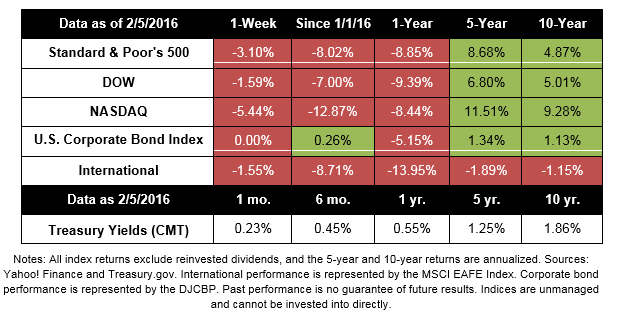 Consumer spending fell flat in December, but savings increase. Spending by U.S. consumers remained unchanged in December. However, a three-year high in savings growth could spell higher spending in the months to come.[xi]

Construction spending rises slightly. Spending on new construction barely rose in December, though it increased significantly in 2015 – growing 10.5% versus 9.6% in 2014.[xii]

Please pass the Bud Light, and Make It Platinum