Last Tuesday, many Americans watched in great surprise as Donald Trump won our presidential election. Just that day, the New York Times had placed Hillary Clinton’s odds of winning at 85%, based on a range of state and national polls. But, like the Brexit vote this past June, 2016 seems to be the year of unexpected outcomes.

As predicted, the markets initially reacted to uncertainty as they often do: with losses. Futures for the Dow, NASDAQ, and S&P 500 all dropped at least 4% in the middle of the night after Trump’s win. But come Wednesday morning, everyone was in for another surprise.

Despite many predictions that the markets would sell-off if Trump won, all of the major U.S. indexes ended the week ahead. The S&P 500 was up 3.80%, the Dow gained 5.36%, NASDAQ increased 3.78%, and MSCI EAFE added 0.05%. The Dow closed at an all-time high on Thursday and posted its best week since 2011, despite being slightly down on Friday. Even today, the Dow reached a new record high.

Needless to say, these developments last week gave significant surprises for most people. Let’s look a bit deeper at the market’s reaction and what may lie ahead.

When you look at which sectors outperformed, you can see who investors believe may benefit from a Trump presidency:

A multitude of reasons come into play, but one stands out most clearly: If Trump is able to hold to his promise of $1 trillion in infrastructure spending, inflation will likely pick up and the Federal Reserve could significantly increase interest rates during that time. As a result, gold’s appeal would lessen as other investments offer a more attractive income yield.

Right now, the election is fresh on everyone’s minds and directly affecting the markets. But like all major events, another one will eventually capture our attention. As we stand now, the fundamentals tell us that the economy is performing well. Unemployment is at only 4.9%, hourly earnings are rising, and GDP is growing. Thus, there is a good chance that the next big event on the financial horizon is a Federal Reserve interest rate increase in December.

If the Fed does choose to increase rates, we may see additional volatility in the short-run—but the underlying data shows us that the economy is fundamentally strong.

Seeing last week’s market performance might make you want to find even more ways to capture growth. Remember—just as in down cycles—emotion has no place in investing. We are here to help guide you through these tumultuous times and keep a tireless focus on achieving your long-term goals.

The markets and our political environment may be full of surprises, but our goal is to make your financial life as peaceful and comfortable as possible. 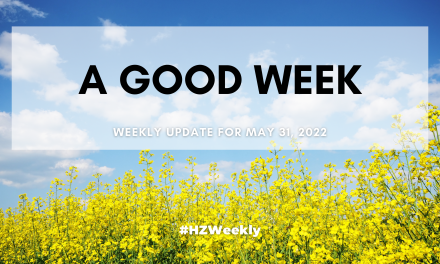