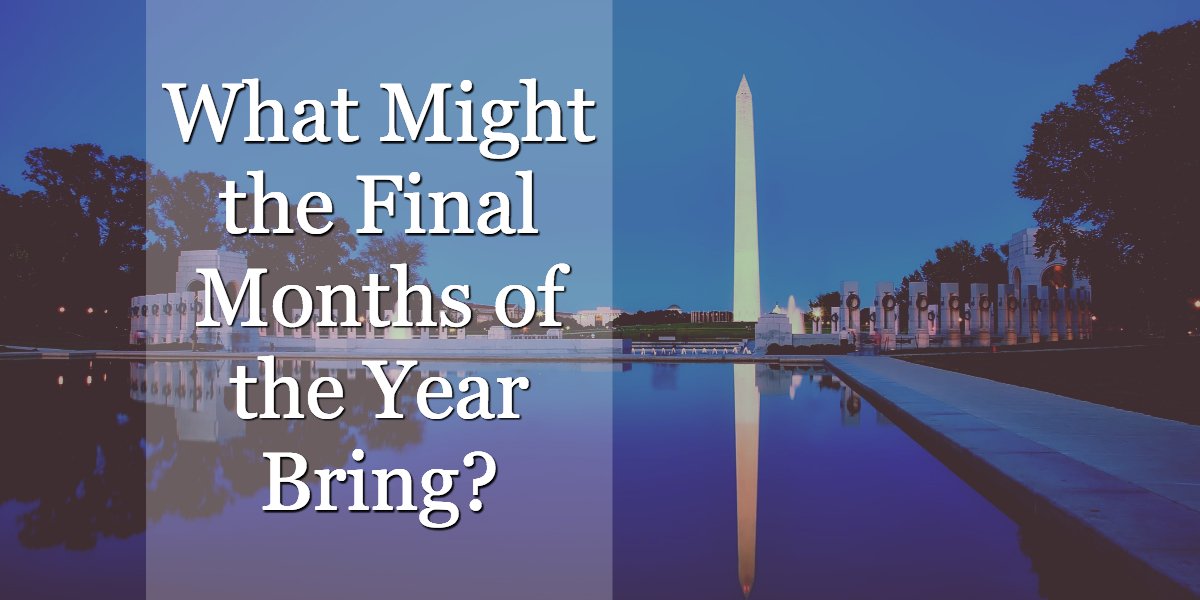 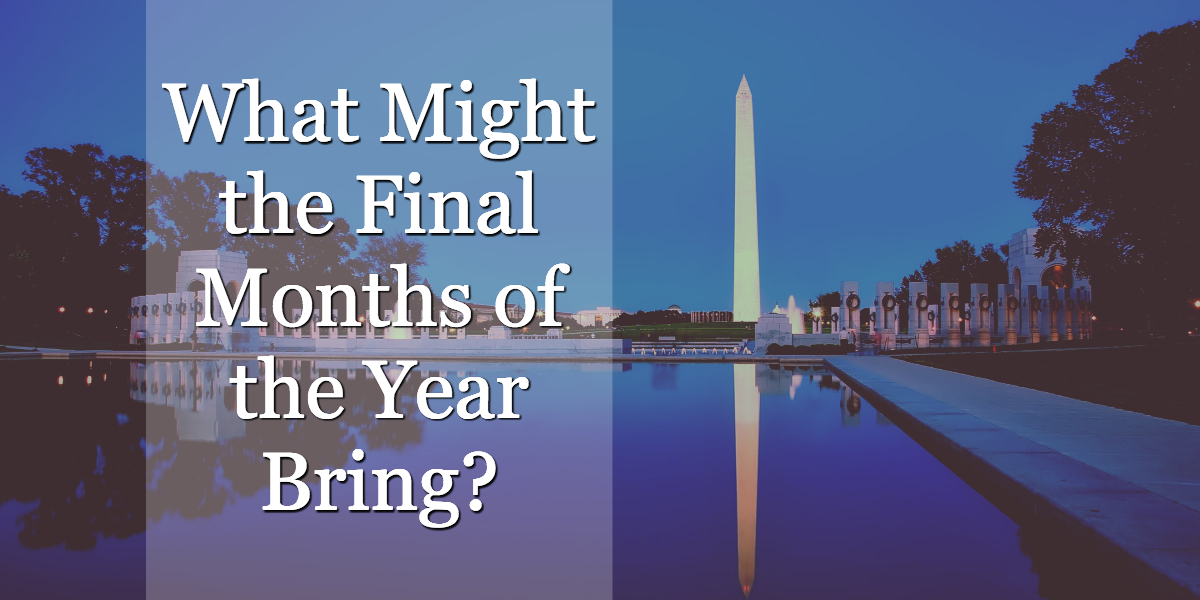 The presidential debate, surging oil prices, and concerns about a global bank all took their toll on the market last week; however, we were pleased to see a positive quarter end for stocks. For the week, the S&P 500 gained 0.17%, the Dow grew 0.26%, the NASDAQ edged up 0.12%, but the MSCI EAFE lost 0.87%.

Why did Deutsche Bank affect markets?

Last week, concerns about one of the world’s largest banks caused investors to worry that a new “Lehman moment” might spark a new financial crisis. Germany’s scandal-prone banking giant is facing financial penalties in the U.S. for the role it played in the financial crisis; the bank’s problems are causing key clients to distance themselves and analysts wonder about the firm’s financial health. Investors reacted to Deutsche Bank’s woes negatively, setting off a 200-point drop in the Dow Jones Industrial Average on Thursday.

A similar loss of confidence in Lehman Brothers in 2008 caused counterparties (major clients) to ask the cash-strapped firm for their money back, triggering its collapse and the beginning of the financial crisis. However, Deutsche Bank is not Lehman, and the world is a different place than it was in late 2008. International financial institutions are not as dangerously interconnected as they were then, and global regulators are much better positioned to respond to situations that arise.

Markets agreed with that assessment and rebounded on Friday. While news from Deutsche Bank may still create headlines, we think the worst has passed. If you have any questions about Deutsche Bank or other financial firms, please reach out to us so we can respond to your concerns.

What does the data say about the economy in the third quarter?

With the third quarter officially in the rearview mirror, analysts are turning their attention to the data. Here’s what we know so far:

The third estimate of second-quarter economic growth showed that Gross Domestic Product (GDP) grew a stronger-than-expected 1.4%, up from initial estimates. Even better, some economists think the economy could have accelerated and grown 2.8% in the third quarter, which would put it closer to the pace we want to see. The latest September data on consumer sentiment, an important indicator of future consumer spending, shows that Americans are more confident in their financial prospects, possibly opening the door to higher spending in the critical holiday shopping season.

What might the final months of the year bring?

As we enter the final three months of 2016, markets are contending with some headwinds we’re watching. We can expect plenty of headlines around the presidential election as we get closer to November. Political beliefs aside, elections represent a lot of uncertainty, especially with wild-card candidates. Markets may react with relief after election uncertainty resolves; however, concerns about the changes a new administration will bring may also trigger further volatility.

Britain’s prime minister announced her intention to begin negotiating the UK’s Brexit from the European Union next spring. By 2019, Britain could be a sovereign nation once again, bringing a slew of changes to the EU. Ultimately, we don’t expect to see too much volatility around the Brexit until next year.

Oil prices might have finally hit bottom and be poised to rally this fall. Major oil producers, including Saudi Arabia and Iran, seem ready to coordinate production to bring oil prices back up. If a pact is made (and held), oil could head back toward $60/barrel next year, which would bring relief to beleaguered U.S. energy companies. However, higher oil process could bite consumers by making gas more expensive at the pump. It’s likely that oil prices will play a role in market movements in the weeks to come.

The week ahead is packed with data, including the September jobs report, which may factor into future Federal Reserve interest rate decisions. As always, we’ll keep you updated. 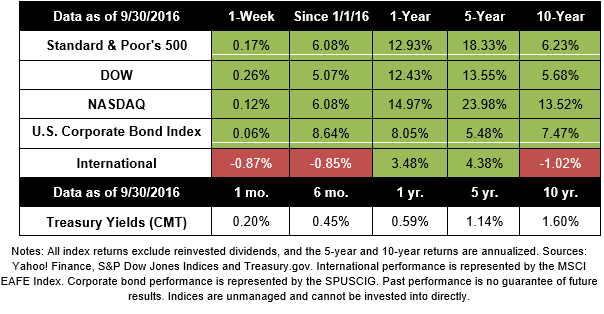 New home sales tumble in August. Sales of newly constructed homes fell 7.6% in August after surging in July to the highest level in nearly nine years. The retreat isn’t unexpected and further volatility in the housing sector may occur.

Pending home sales drop. The number of homes under contract slumped in August, suggesting that home sales fell across the board. Since pending sales forecast future activity, it’s likely the drop in housing activity will be felt in the weeks ahead.