Markets lost ground again last week after Greece technically defaulted on loan payments and edged closer to an exit from the Euro. For the week, the S&P 500 dropped 1.29%, the Dow lost 1.24%, and the NASDAQ fell 1.92%.

Ongoing issues in Greece occupied a lot of headlines last quarter. Greece, which has struggled with debt and recession for years, has been in a standoff with its European creditors for weeks with no resolution in sight. U.S. investors responded to the turmoil with nervousness, worried about the possibility of financial contagion spreading from Europe to the U.S. Though Greece has technically defaulted on its debt obligations, we believe that financial markets are prepared for additional Greek drama and reactions will hopefully be short-lived.

Continued improvement in the labor market was a source of more positive investor sentiment last quarter. The June jobs report showed that the unemployment rate declined again to 5.3% and that the economy added 223,000 new jobs last month, bringing the total number of jobs created in the first half of the year to just over 1 million.

While the labor market is clearly making strides, it’s becoming clear that this is not your father’s recovery. Many available jobs are part-time only, wages are sluggish, and the workforce is smaller than it used to be, partly because of the vast numbers of Boomers heading into retirement.

On the positive side, the tepid report probably doesn’t give Fed chair Janet Yellen the “decisive evidence” of a jobs recovery she says she wants to see before raising interest rates this year. The Fed spent most of the first half of 2015 emphasizing that it’s going to eventually have to raise interest rates to fight off inflation. Fortunately, Fed statements have repeatedly stressed the central bank’s intention to take a slow, cautious approach to rate hikes. Will we see a rate increase this year? Possibly. Most Wall Street experts seem to think that a September hike is in store.

What can we expect in the weeks ahead?

Greece will be on investors’ minds in the coming weeks as European leaders seek a resolution to the debt-ridden country’s financial crisis. However, some analysts don’t believe that a default will necessarily lead to an exit from the Euro. However the situation is resolved, we don’t expect U.S. financial markets to experience more than a short-term pullback; in fact, stocks might head higher due to a ‘flight to quality’ effect as investors seek alternatives outside of Europe.

Investors will also be eagerly waiting for the first estimate of last quarter’s economic growth. After the dismal first quarter, in which economic growth ground to a halt, investors have pinned their hopes on a second quarter resurgence. Estimates of Q2 Gross Domestic Product growth are ranging between 2.0%-3.3%, showing that there are a lot of opinions out there on how the economy is doing.

What will earnings season bring?

By the trickle of earnings that we’ve seen so far, we can see that investors are being very unforgiving of low performers. Their attitude makes sense in light of how high markets have been running. Going forward, we want you to keep a couple of things in mind:

Could we see a pullback in the days and weeks ahead? Possibly. Is it the end of the world? Absolutely not. While it’s impossible to predict how markets are going to react to earnings season, Greece, or any other potential headwind, we want to emphasize that market corrections are a natural and expected phenomenon in today’s world; while it’s stressful to watch portfolio values fluctuate, pullbacks offer a good opportunity to review strategies and think about your personal goals. We also specialize in creating strategies that help mitigate volatility and work to take advantage of market movements.

Greeks vote “No” on bailout. Greek voters rejected the historic bailout referendum, refusing to given in to pressure to accept further austerity cuts. The result paves the way for negotiators to try and get a better deal from European creditors.

[x] China slips into bear market. The Shanghai Composite Index closed over 20% lower than its June 12 high, officially putting Chinese stocks in a bear market. Some analysts believe that China’s correction is unremarkable given the country’s economic struggles.

Pending home sales reach multi-year high. The number of houses under contract rose to the highest level in over nine years in May, indicating that homebuyers may be taking advantage of a reprieve on higher interest rates.

Consumer confidence rises more than expected in June. A gauge of how optimistic Americans feel about their economic prospects soared last month, stoking hopes that spending may boost economic growth. 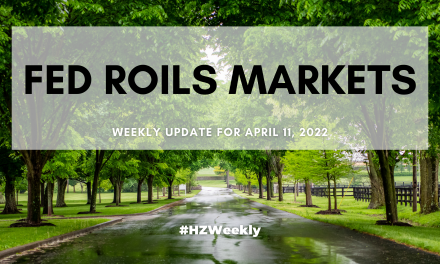 How much income do you actually need in retirement?