The stock market ended an upbeat week on a positive note, buoyed by reassuring remarks by new Fed chairman Janet Yellen. Though the week saw reduced volume as some investors sat on the sidelines, stocks rallied impressively, giving us hope that markets have shaken off the January blahs. For the week, the S&P 500 and Dow both gained 2.3%, and the Nasdaq grew 2.9%.[1. http://briefing.com/investor/markets/weekly-wrap/weekly-wrap-for-february-10-2014.htm]

Investors were relieved this week to have dodged another round of brinksmanship about the federal debt ceiling. The Senate voted Wednesday to pass the House’s measure to allow the federal government to borrow enough money to pay its bills through March 2015. By raising the debt ceiling, lawmakers allowed the Treasury to return to normal operations and averted a default on U.S. debt.[2. http://www.cnn.com/2014/02/12/politics/senate-debt-ceiling/]

Janet Yellen and the Federal Reserve

You’ve probably been hearing the name Janet Yellen a lot lately, and we wanted to use this week’s commentary to talk about the new chair of the Federal Reserve and discuss the role she plays in global financial markets. While we’ve tried to keep this explanation brief, we hope you’ll find it useful in understanding the major functions of the Fed and why they mean something to you as an investor.

Janet Yellen replaced Ben Bernanke as Chair of the Board of Governors of the Federal Reserve System on February 3, 2014 and will serve for a four-year term. In plain terms, Yellen will determine the direction of arguably the most powerful central bank in the world and has the authority to make changes to monetary policy that will ripple across the global financial system.

Let’s back up for a moment and go back to Economics 101. In the U.S., fiscal policy is made by the federal government and is determine d by each year’s federal budget, which is proposed by the president and passed by Congress. Monetary policy is developed by the Federal Reserve and is used to achieve macroeconomic policy objectives like inflation control (through price stability), full employment, and stable economic growth. While the Federal Reserve System is considered an independent central bank and makes decisions independently of Congress or the White House, the Fed is subject to congressional oversight, and Congress has given the Fed the “dual mandate” of achieving maximum employment and maintaining stable prices.[4. http://www.federalreserve.gov/faqs/money_12855.htm]

The principal tool of the Fed’s monetary policy is the Federal Open Market Committee (FOMC) a group within the Fed tasked with overseeing open market operations (i.e., the Fed’s buying and selling of U.S. Treasuries and other securities in financial markets). As chairman of the Fed, Yellen now heads up the FOMC and wields considerable authority over its decision-making process. This committee meets throughout the year and decides how to achieve short-term objectives like interest rate targets through their bond-buying operations. Part of Yellen’s job is to ensure that FOMC operations support long-term Fed objectives like economic growth, stable inflation, and high levels of employment.[5. http://www.federalreserve.gov/faqs/money_12855.htm]

If you’ve been reading our weekly updates, you know that the FOMC undertook a program of bond-buying known as quantitative easing that was designed to lower interest rates (making it cheaper to take on loans), and boost economic activity. Now that the economy is on more solid footing, the FOMC has been tapering its historically high pace of bond purchases and slowly returning to normal operations.

By law, the chairman of the Board of Governors must report to Congress twice annually on the Fed’s activities and monetary policy. As the new chair, Yellen testified last week before the House Committee on Banking and Financial Services and the Senate Committee on Banking, Housing, and Urban Affairs to outline her vision for the Fed and answer questions about Fed activities.

Yellen’s testimony before the House and Senate didn’t yield any shockers, and she stated that markets should expect the Fed to follow the low-interest-rate path laid out by her predecessor Ben Bernanke. Since Yellen served on the FOMC under Bernanke, this isn’t unexpected. She also emphasized that the Fed would continue to taper asset purchases so long as the economy continued to improve and that future decisions would be very data dependent.[6. http://www.marketwatch.com/story/yellen-stresses-continued-low-rate-policy-2014-02-11?link=MW_latest_news]

In the spirit of the Olympics, one commentator gave her Congressional testimony a “7 out of 10” because of a stumble in responding to an important legal question. Frankly, we’re inclined to be more generous with our appraisal since markets reacted well to her remarks and investors seem reassured by her promise to give markets more of the same. We know that the Fed is carefully monitoring employment reports, and we’re happy to hear that they intend to keep rates low even if the target 6.5% unemployment rate is reached. Economists widely expect the Fed to continue the taper at the next FOMC meeting in mid-March, and the economic outlook would probably have to take a serious wrong turn before the Fed considered a pause.[7. http://www.marketwatch.com/story/yellen-stresses-continued-low-rate-policy-2014-02-11?link=MW_latest_news] In short, while we can’t predict how markets will react to future Fed moves, we can hope that investors will see the Fed’s support as an optimistic sign.

We hope you’ve found this foray into the details behind the Fed informative and useful. We hope to occasionally use this space to dig deeper into some of the important events and players behind market headlines.

U.S. consumer confidence stalls in February. Consumer sentiment was unchanged from January’s lowered reading as Americans tempered their optimism about the future. Economists have predicted that unusually cold weather across much of the U.S. has put a damper on consumer sentiments, leading to lower consumer confidence about their financial prospects.[8. http://www.cnbc.com/id/101417765]

Cold weather freezes industrial output. U.S. manufacturing output fell unexpectedly in January and recorded the biggest drop since 2009 as cold weather disrupted production. Fortunately, these seasonal factors should drop off as the weather warms up.[9. http://www.cnbc.com/id/101417530]

Chinese lending soars in January. Despite dire predictions of a slowdown in the world’s second largest economy, Chinese banks disbursed more loans last month than in the past four Januarys, crushing expectations and tripling December’s numbers. Economists caution that seasonal factors after the Chinese New Year could have distorted monthly numbers.[10. http://www.cnbc.com/id/101419722]

Economists trim Q1 growth forecasts. Economists cut back their optimistic growth estimates for the first quarter of 2014 as cold weather and slow hiring affected the economy. On the other hand, economists expect Q2 growth to accelerate to 3.0%, pushing up annual growth to 2.8%.[11. http://www.reuters.com/article/2014/02/14/us-usa-economy-phillyfed-idUSBREA1D11E20140214] 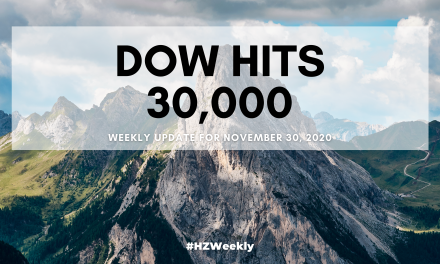 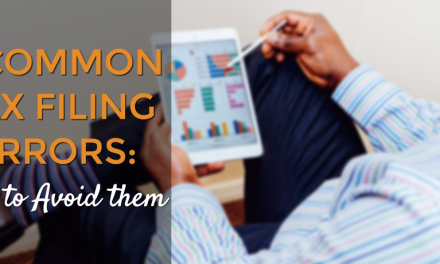