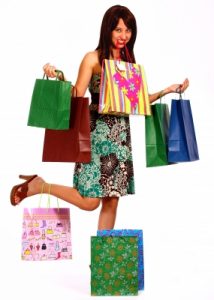 The data we got last week suggests that the economy is still chugging along. Investors got their second look at third-quarter Gross Domestic Product and were cheered to learn that the economy grew 2.1% last quarter instead of the 1.5% originally estimated. The revised data shows that businesses spent more than expected.[ii]

The holiday shopping season kicked off with Black Friday, and the news so far suggests that retailers may have seen less business than last year. However, a sluggish start to the retail season isn’t all bad news. National shopping trends suggest that the Black Friday weekend is becoming less important to retailers, especially as more consumers move to online shopping; industry projections indicate that retailers may see a 2.4% increase in holiday sales this year.[iii]

However, despite the improving labor market and economy, Americans may be less eager to open their wallets this year. Overall consumer spending data suggests that Americans are curbing their spending and padding their savings accounts. While we certainly won’t argue that prudent financial behavior is a bad thing, flat consumer spending may be a headwind for economic growth.[iv]

The week ahead is packed with important economic events, including the November jobs report, which is the last major employment data the Federal Reserve will review before they meet in mid-December to make a decision about interest rates. If the jobs report shows evidence of continued momentum in the labor market, it could sway the Fed toward raising interest rates for the first time in nine years.[v] Fed chairwoman Janet Yellen will also give several speeches, though it’s unlikely that she’ll give us too many hints ahead of the December meeting. 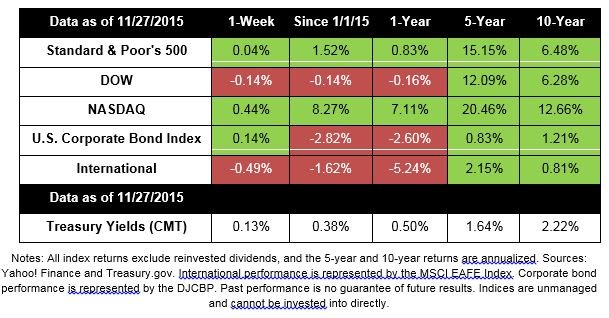 Durable goods jump in October. Orders for long-lasting manufactured goods like autos, airplanes, and appliances, soared 3.0% in October. The increase suggests that demand may be increasing in the last months of the year.[vi]

Consumer confidence declines in November. A measure of American sentiment about the economy unexpectedly fell in November as Americans became concerned about their job prospects.[vii]

New home sales soar. Sales of newly constructed homes skyrocketed by 10.7% in October, and inventories rose to the highest level in 2010. The increased activity could blunt concerns about a slowing housing market.[viii]

Mortgage applications fall as rates increase. A rise in mortgage rates over the last month caused application volume to drop 3.2% last week. However, applications are still up 4.0% over the same period last year.[ix] 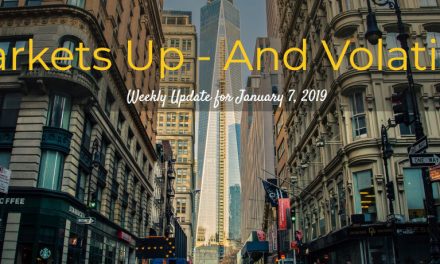 Inflation – Quote of the Day 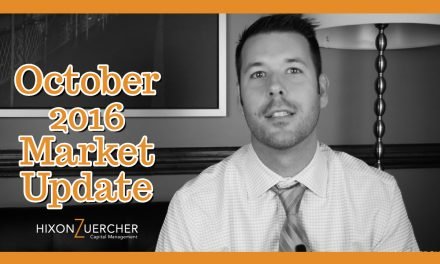