Despite some positive economic news, the major indices ended the week mixed as investors prepared for the end of the quarter and continued to worry about Russia. For the week, the S&P 500 lost 0.48%, the Dow gained 0.12%, and the Nasdaq fell 2.83%, dragged down by a selloff in the tech sector.[1. yahoofinance.com]

The most recent estimate of Q4 Gross Domestic Product (GDP) growth found that the economy grew more than was previously thought, clocking in at an annualized rate of 2.6% instead of 2.4%. The revised data shows that consumers spent more last quarter than economists had thought.[2. http://www.cnbc.com/id/101530274]

Investors were treated to other positive data: The last weekly unemployment report of the month showed that new claims fell to a level not seen in nearly four months, indicating that the job market may be strengthening.[3. http://www.foxbusiness.com/economy-policy/2014/03/27/us-jobless-claims-fall-to-near-four-month-low/] Consumer spending grew in February as U.S. household incomes increased for the second straight month.[4. http://www.reuters.com/article/2014/03/28/us-usa-economy-idUSBREA2R0UB20140328] This hopefully means that Americans will be more willing to open their pocketbooks in the weeks and months to come.

Not all of the news was good last week. Consumer sentiment dipped in March as Americans faced the strong possibility that economic growth may have faded this quarter.[5. http://www.reuters.com/article/2014/03/28/us-usa-economy-sentiment-idUSBREA2R10B20140328] Factors like harsh weather, slow inventory acquisition by businesses, and cuts to public benefits are likely to depress GDP growth.[6. http://www.cnbc.com/id/101534517]

The Ukrainian crisis continued to simmer as Russian leaders called for more referendums in Ukrainian provinces on joining the Russian Federation. Western leaders threatened more severe sanctions if Russia doesn’t scale back the pressure.[7. http://www.cnbc.com/id/101536684]  Though Russia has repeatedly affirmed its peaceful intentions, troop movements near the Ukrainian border and war games are keeping tensions high.

This week, investors can look forward to hearing Janet Yellen give a speech where she may comment on the timing of future interest rate changes. Investors will also be closely monitoring the March jobs report, which comes out on Friday, to see whether there’s any sign of a spring thaw. Positive news could reassure investors that the economy is still accelerating. On the other hand, if economic indicators don’t show improvement as the weather warms, markets could lose some steam. Despite the volatility, many analysts continue to predict continued market growth in 2014.[8. http://www.cnbc.com/id/101535542]

Pending home sales drop for eighth straight month. Homebuyers signed 0.8% fewer contracts in February than in January, putting home sales 10.5% below where they were a year ago. Realtors blame the unusually harsh winter and suggest that conditions may be improving. However, some analysts believe that high prices and interest rates may be causing a structural slowdown in the housing sector.[10. http://www.cnbc.com/id/101528040]

Gas prices due to drop before summer. Gasoline prices have averaged a 7.0% increase over the past six weeks, but analysts think that the hike is temporary. Gas prices should drop over the coming weeks and stay low over the summer. However, supply disruptions from weather could still send prices higher.[11. http://www.cnbc.com/id/101532477]

Chinese leaders commit to supporting economic growth. China’s premier sought to reassure investors by stating that Beijing had the tools and political commitment to support the cooling economy. Targeted measures may include infrastructure investments, lowered financing costs for businesses, and an easing of trade requirements[12. http://www.reuters.com/article/2014/03/28/us-china-economy-li-idUSBREA2R03820140328]

One Year Ago Today 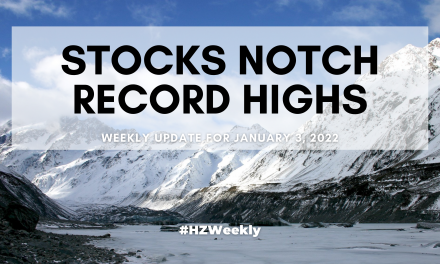