The S&P 500 hit an all-time peak of 2,964.03, in intraday trading Friday, while improving 2.20% across five market days. The Dow Jones Industrial Average and Nasdaq Composite posted respective, 5-day advances of 2.41% and 3.01%. In addition, the MSCI EAFE benchmark of overseas stocks rose 2.58%.

A White House tweet and the latest monetary policy outlook from the Federal Reserve sent the bulls running. These were the top two financial news items in an eventful week – a week in which the value of West Texas Intermediate crude rose 9.4%, the price of gold went above $1,400 for the first time in six years, and the 10-year Treasury yield fell below 2%. (Treasury yields fall when their prices rise, and vice versa.)

The central bank stood pat on interest rates this month, but the expectations of some of its policymakers changed. About half of the 17 Fed officials who have a say in monetary policy now project either one or two quarter-point rate cuts by the end of the year. As recently as March, no Fed official saw grounds for a 2019 cut.

Markets interpreted this shift as a sign that the Fed might soon ease. While a rate cut is by no means a given, traders now believe that the Fed will make either a quarter-point or half-point cut at its July meeting.

A day earlier, stocks rose after President Trump stated that he and Chinese President Xi Jinping “will be having an extended meeting” at this week’s G-20 summit in Japan.

Investors were encouraged by this note, sensing a chance for progress in U.S.-China trade talks.

With tensions persisting between Iran and the U.S., investors are keeping a close eye on both commodity prices and stock indices. Economic or geopolitical developments could heavily influence the short-term movement of the markets.

Friday: May consumer spending data from the Department of Commerce as well as the final June consumer sentiment index from the University of Michigan, another key gauge of consumer confidence. 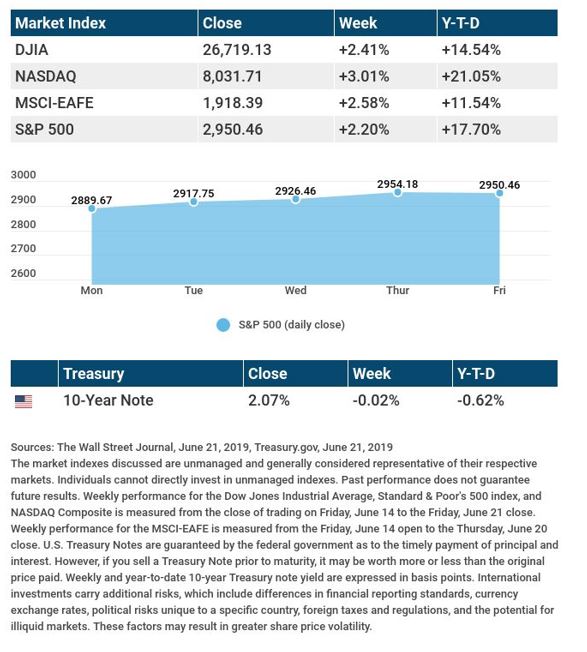 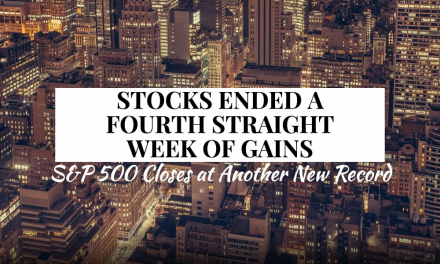