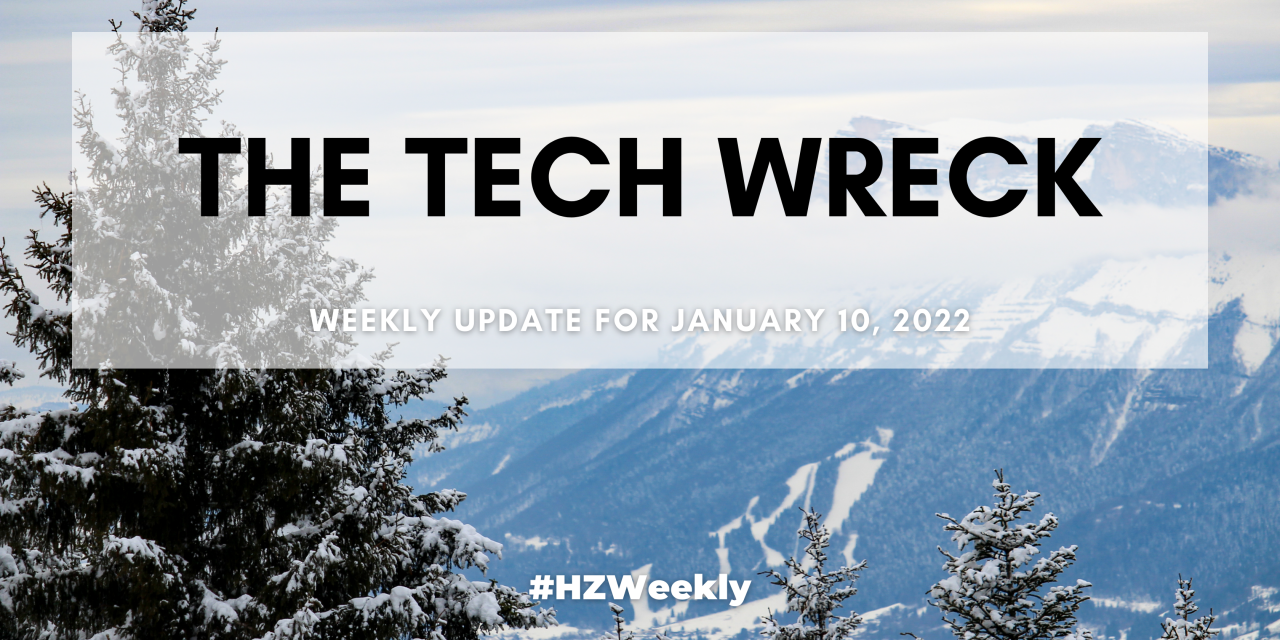 A jump in yields sparked by a more aggressive sounding Federal Reserve sent the market lower to start the new year.

The perception of a more hawkish Fed put a hard stop to the year’s positive start and pushed bond yields higher and stocks into a broad retreat.

Technology and other high-valuation shares were particularly hard hit by rising yields. Even the larger-capitalization technology companies with strong cash flows and profits were damaged. As yields trend higher, investors are questioning if these companies can lead the market in 2022. Fueling this decline was a four-day sell-off of technology companies by hedge funds that, in dollar terms, represented the highest level in more than ten years. Stocks continued to struggle into the final trading day, unsettled by a renewed climb in yields and an ambiguous employment report.

Minutes of December’s Federal Open Market Committee (FOMC) meeting were released last week and it revealed a more hawkish Fed than investors had been expecting. One surprise was that the first hike in interest rates could occur as early as March. Another, and perhaps more consequential, surprise was the idea of beginning a “balance sheet run-off” by the Fed following the first hike in the federal funds rate.

A balance sheet run-off means that maturing bonds won’t be replaced with new bonds, the result of which is a smaller Fed balance sheet. Many investors view this step as removing liquidity from the system, a departure from market expectations that the balance sheet would remain flat during the Fed’s pivot to monetary normalization.

Source: Econoday, January 7, 2022
The Econoday economic calendar lists upcoming U.S. economic data releases (including key economic indicators), Federal Reserve policy meetings, and speaking engagements of Federal Reserve officials. The content is developed from sources believed to be providing accurate information. The forecasts or forward-looking statements are based on assumptions and may not materialize. The forecasts also are subject to revision.

Source: Zacks, January 7, 2022
Companies mentioned are for informational purposes only. It should not be considered a solicitation for the purchase or sale of the securities. Investing involves risks, and investment decisions should be based on your own goals, time horizon, and tolerance for risk. The return and principal value of investments will fluctuate as market conditions change. When sold, investments may be worth more or less than their original cost. Companies may reschedule when they report earnings without notice. 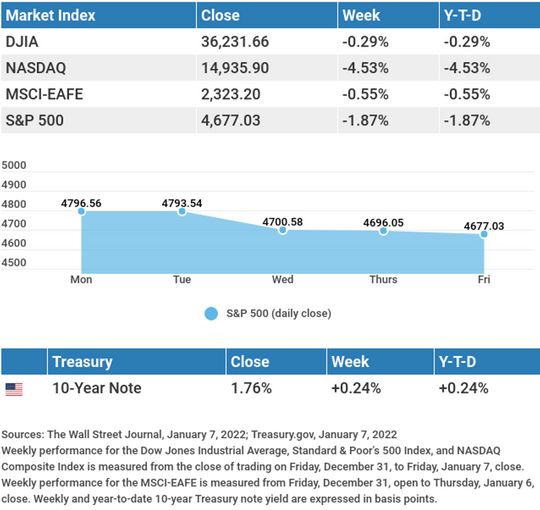 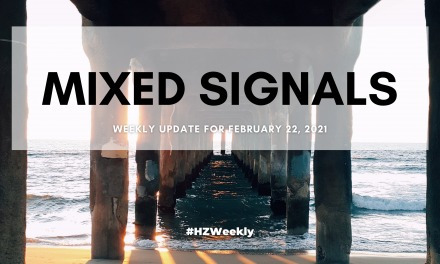