Bob Veres, one of the most influential people in the financial planning profession, was recently interviewed by our colleagues, Veena Kutler and Annette Simon, for an article published by Morningstar.

I liked what Bob had to say about the media, and I would like to share his thoughts with you. Here is this portion of the interview:

Garnet: Lastly, Bob have you been following the exchanges between Jon Stewart and Jim Cramer? What do you make of that and the role of the financial media?

Veres: CNBC–especially as personified by Jim Cramer, is the perfect definition of a huckster. The fact is that the media reinforces rather than dissuades herd mentality and keeps it moving in the direction it’s already moving. Media experts watch investors go over the cliff, and then tell everyone to bail out, which makes the cliff longer and deeper. The role of the objective informer has really been taken over by the financial planning community. Unfortunately, we don’t have the reach, and gallons of ink to get the message out. We were the only ones with perspective when the market was booming, advocating caution then, and stickiness now.

Stewart is speaking the language of the fiduciary financial planner. He is pointing out to the media that this is not entertainment, its people’s lives. What Jon Stewart is getting at, and what planners get at instinctively is that money runs much deeper than the numbers, the entertainment value and the news. It is tied up with our psychology, ambitions, and goals–everything that we are as people. Treating it as anything less is trivializing it in a very dangerous way. The market does what it does and the financial media has just become an echo chamber.

Much of what we see on TV is nothing more than news and entertainment. Decision making about investments should be much deeper than reacting to what we see on TV. One unique thing about this recession is the amount of information and chatter that is out there. During the recessions prior to this decade investors didn’t have the Internet or 24-hour financial news channels. It seems that too much information and talk about the economy has created too much fear, panic, and confusion. Investors should make their decisions by seeking advice from financial professionals who have their long term goals in mind, not after watching a 30 minute financial program on TV. 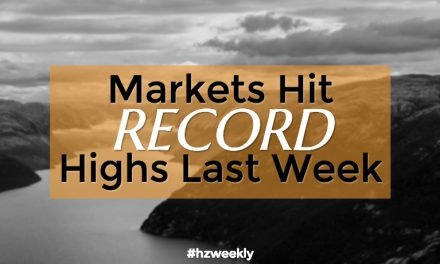