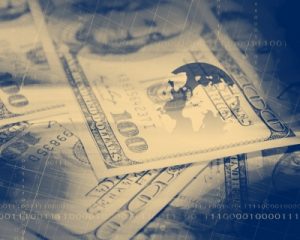 Markets ended another week down after mixed economic data, lower oil prices, and a strengthening dollar made investors nervous ahead of the next Federal Reserve meeting. For the week, the S&P 500 lost 0.86%, the Dow fell 0.60%, and the NASDAQ dropped 1.13%.[1. http://goo.gl/7Sznvj]

The dollar became the focus of a lot of speculation last week when it reached multi-year highs against a weakened euro.[2. http://www.foxbusiness.com/markets/2015/03/10/crude-dips-on-strong-dollar-supply/] The return of “King Dollar” worries many analysts because it means that foreigners can afford to buy fewer U.S. goods, depressing demand for many U.S. firms and cutting into profits. On the other hand, a stronger dollar makes imports cheaper and increases the buying power of U.S. consumers, which has been historically good for the economy.[3. http://www.cnbc.com/id/102505556]

Speaking of history, Monday, March 9, 2015 marked the sixth anniversary of the current bull market, which began on March 9, 2009. Though markets have been turbulent in recent weeks, let’s take a moment to think about how far we’ve come since the dark days of the financial crisis. Since the bottom of the stock market, the S&P 500 has gained 203.52%, surpassing previous market highs along the way.[4. S&P 500 performance between 3/9/09 and 3/13/15 http://goo.gl/0WjzFB] 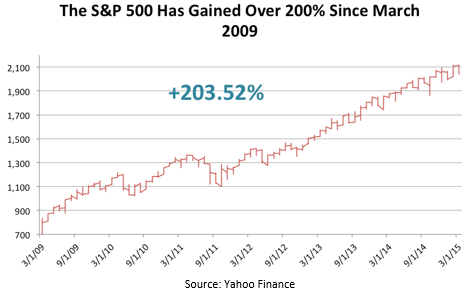 We’ve seen major improvements in economic fundamentals as well. Since peak unemployment of 10.0% in October 2009, the unemployment rate has dropped nearly in half to 5.5% as of last month. With millions of Americans back to work and contributing to the economy, economic growth has also made significant gains. From the fourth quarter of 2008, when Real Gross Domestic Product decreased at an annual rate of 6.3%, the economy has improved, reaching 5.0% annualized growth in the third quarter of 2014 and 2.2% (estimated) growth in the fourth quarter.[1. http://www.bea.gov/newsreleases/national/gdp/2009/gdp408f.htm],[2. http://www.bea.gov/newsreleases/national/gdp/2015/gdp4q14_2nd.htm]

Bottom line: Economic fundamentals have come a long way and there are plenty of factors that support continued equity growth. That’s not to say that there aren’t headwinds that may affect market performance in the future. The Federal debt debate is rearing its ugly head again in Washington as lawmakers square off about the Treasury debt ceiling, which will be breached this week.[7. http://thehill.com/policy/finance/235708-debt-fight-to-dominate] We’re also approaching the end of the first quarter and investors will be looking toward corporate earnings releases to see how U.S. companies performed. Markets may remain choppy as investors take stock of current fundamentals and try to predict how policy changes may affect markets.

This week, analysts will be closely watching the Federal Reserve’s two-day policy meeting, which is one of the most important we’ve had since last year. Though we don’t expect the central bank to raise rates this week, investors should know a lot more about the Fed’s plans once the meeting is over.[8. http://www.foxbusiness.com/economy-policy/2015/03/13/week-ahead-all-eyes-on-fomc-statement/] 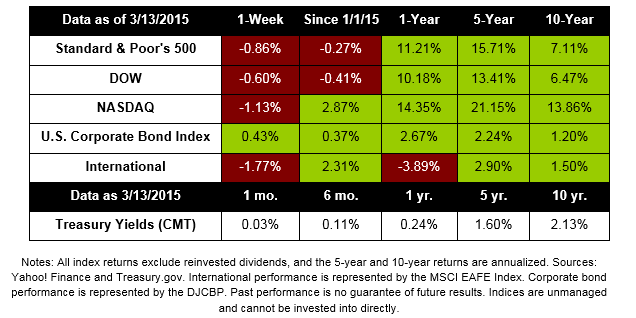 Consumer sentiment slides for fourth straight month. American consumers ratcheted back their optimism about the U.S. economy in early March, though temporary factors may be affecting data. While affluent Americans remain confident about the future, lower- and middle-income consumers are worried about their prospects.[11. http://www.foxbusiness.com/economy-policy/2015/03/13/consumer-sentiment-falls-in-march/] 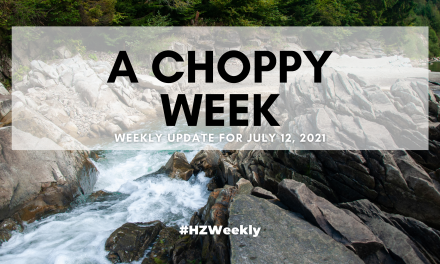 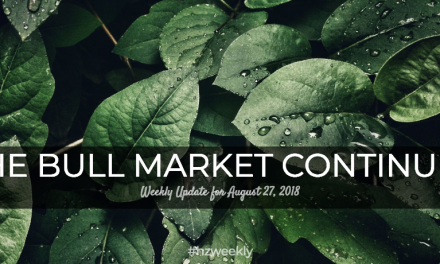 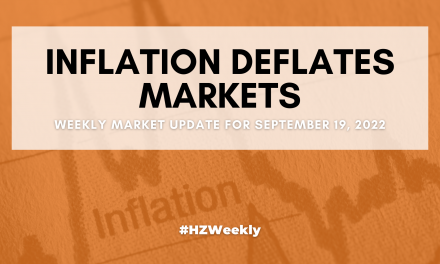