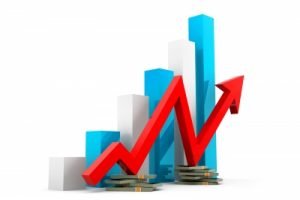 Though we’re two-thirds through with the first quarter of 2015, investors were thinking about fourth-quarter 2014 GDP last week. The revised estimate shows that the economy grew 2.2% in the final three months of the year, lower than the 2.6% originally reported. However, the good news is that consumer spending, one of the largest contributors to the economy, grew at the fastest pace in four years.[3. http://www.bloomberg.com/news/articles/2015-02-27/u-s-gdp-grew-less-than-previously-estimated-in-fourth-quarter] A significant downward revision of business inventories, a measure of how optimistic U.S. firms are about future demand, was mostly responsible for the lower GDP report.[4. http://www.cnbc.com/id/102462716]

Federal Reserve chair Janet Yellen gave investors some more guidance about interest rates in speeches before the House and Senate. Though she still preaches patience, she also indicated that the central bank might raise rates as early as July. Though the rate raise may give stocks the jitters, banks may respond by raising consumer rates to compete for your business. On the other hand, higher rates could drag on the housing market.[5. http://www.foxnews.com/opinion/2015/02/25/five-things-should-know-about-janet-yellens-plan-for-higher-interest-rates/]

With earnings season largely over, we can start drawing some conclusions about how U.S. companies did in the fourth quarter. Overall, Q4 earnings gave us a mixed picture. Out of 465 S&P 500 companies, earnings were up 6.5 percent over fourth quarter 2013, but revenues were up just 1.6 percent.[6. http://www.zacks.com/commentary/38064/q4-earnings-season-winding-down] These results suggest that many firms are still struggling with weak demand. Many firms also issued low guidance for the first quarter of 2015, indicating that they’re worried about their growth prospects this year – this squares with the lower business inventories data found in the Q4 GDP report.[7. http://www.zacks.com/commentary/38064/q4-earnings-season-winding-down] Hopefully, we’ll see lower energy prices push up spending and help U.S. companies beat their earnings estimates.

Looking ahead, analysts will be focusing on the February jobs report this week, which they hope will show that the labor market continues to recover. Investors will spotlight wage growth, a key figure that indicates how much more money workers have in their wallets.[8. http://www.cnbc.com/id/102464548] Economists anticipate that improving job prospects and low gasoline prices could support increased consumer spending this quarter.

Pending home sales rises to highest level since 2013. A measure of houses under contract rose in January as better credit conditions and more jobs boosted housing market activity. Since we are approaching prime home buying season, analysts hope the trend will continue into the spring.[9. http://www.foxbusiness.com/markets/2015/02/27/pending-home-sales-in-january-rise-to-highest-level-since-aug-2013/]

New single-family home sales drop slightly. Sales of newly built houses edged downward in January, possibly because of cold winter weather in the Northeast. However, sales are up 5.4% since January 2014 in a hopeful sign for the sluggish housing market.[10. http://www.foxbusiness.com/economy-policy/2015/02/25/january-new-home-sales-fall-less-than-expected/]

Durable goods rise in February. Orders for long-lasting manufactured products – like cars, refrigerators, and electronics – climbed 2.8% from January, indicating that businesses expect to be able to sell big-ticket items in coming months.[11. http://www.foxbusiness.com/economy-policy/2015/02/26/durable-goods-orders-rise-more-than-views/]

Jim Cramer on why the worst is yet to come…